The Marianas Office has finally, finally gotten a handicap ramp for our clients. We are in a government building, but the government would not pay for or install the ramp at their expense.  We tried to get the other offices that are in our same complex to contribute--the criminal division of the Office of the Attorney General and the Public Defender's Office. Although they were cooperative with meetings and expressed interest and desire in our attempt to get a handicap ramp that could be used by all of our offices, when it came to the bottom line of paying, they said no.

So we paid all of it ourselves. The bids from various contractors were obtained by NMPASI for us, who coordinated the entire project at the request of a mutual client.

Part of the project also included breaking down at the back by the Office of the Attorney General's premises a very steep, short and dangerous ramp that had been added and sometimes used with detrimental effect.

And here are photos of the final paint touches being added to the railing of the new ramp about November 24, 2012. 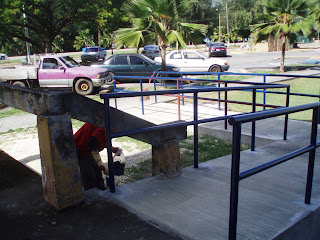 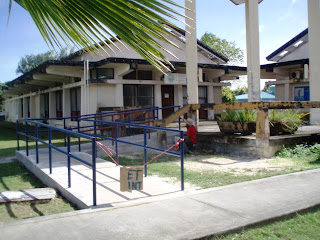 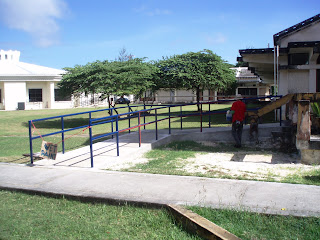 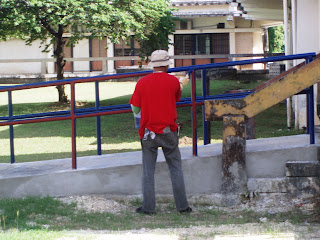 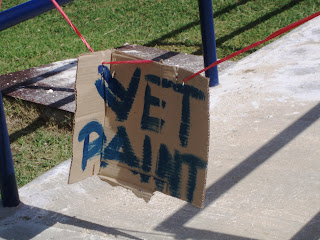 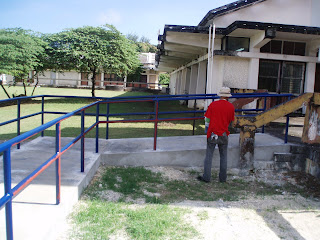 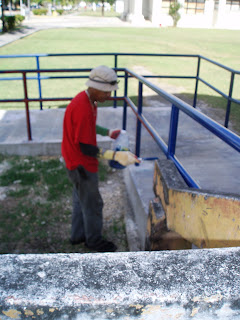 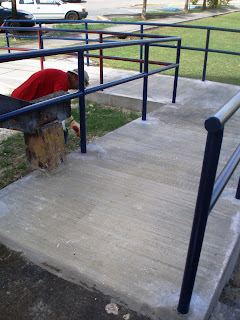 On December 4, 2012, MLSC had its first client who used the ramp!  R.A. came in to see his attorney, Linda Wingenbach, and gained access to our premises through the handicap ramp.

Labels: 2012, Marianas Office, MLSC handicap ramp
Newer Posts Older Posts Home
Subscribe to: Posts (Atom)
The information provided here is general and may not be applicable under all circumstances. I do not intend that anything stated here provides specific legal advice or establishes any kind of professional attorney/client relationship with the reader. If you have questions about your own situation, you should consult an attorney. Note: 9/3/2014 blog entry on changes regarding the purpose and use of this blog. Thanks.