The CNMI commemorated Martin Luther King Jr. day on Monday, January 16, 2011. I had the honor of participating as an invited speaker at the formal events at the American Memorial Park auditorium. It was a "day on, not a day off."

Attorney Joe Hill was a key organizer, and he gave some remarks at the commemoration. Assistant Attorney General Shelli Neal and Ms. Delos Santos were emcees. We also watched a short address from Congressman Gregorio (Kilili) Sablan, presented via video. 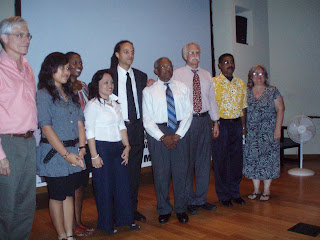 I had been asked to speak on a very broad subject--the challenge of justice in the CNMI--and was especially asked to give a little bit of historical context from MLSC's time in Micronesia.

I identified various kinds of justice--social, economic, legal--and pared the subject down to the narrowest bit of what I know: legal justice in the context of MLSC's mission. 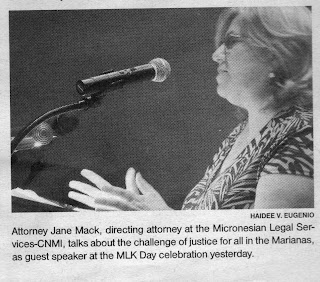 MLSC has been in operation since 1971, and I have been here since 1984, so I spoke about the changes I've seen and some of the challenges. I talked about technology changes, but also noted that the challenges from adapting to new technology (and the frustration with technology in Micronesia) are small compared to challenges of attitudes and entrenched thinking. I talked about the radical concept of equal access to justice and the ambivalence even found in LSC, which is dedicated to providing free lawyers to poor people, but then ties our hands with restrictions like no class actions and no challenges to welfare legislation, etc. I closed with recognizing the challenge of staying committed when the going gets tough, and how very difficult it is right now in the CNMI with the economy barely functioning and crime paying better profits than work. And of course, the very end was a call to continue seeking justice.

My speech was an introductory sort of speech, just to warm up the audience for the keynote address by Jesse Pennington. He is an attorney who worked for MLSC in the 1970's (about 1974), but also has had a long connection to the civil rights movement in the US. He had met Dr. King and had his own escape from violence in Mississippi, events and encounters he related as he built his theme about the importance of being a witness and continuing the message in today's world. 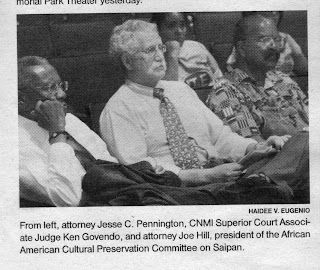 His inspirational presentation moved back and forth from remembrance to insight to reflection. 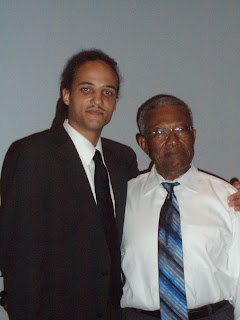 When we were finished, there was a question and answer session that also added depth to the analysis and thinking that was going on. There were some awards and thank yous, and a closing benediction. 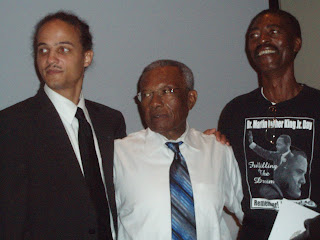 Brad and Jesse Pennington, Willie Bundridge (one of the event organizers and who commented that this year's commemoration was better than last year's!); photo by Jane Mack

All in all, it was a very worthwhile commemoration and day. 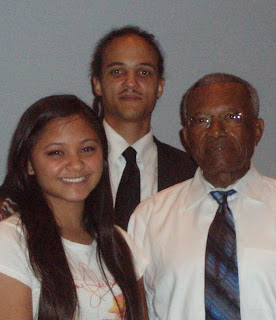 ROTA
Micronesian Legal Services Corporation (MLSC) has opened a new office in Rota, located at Room #D-107 of the Hotel Valentino, Songsong Village. A representative from MLSC will be available to meet clients and take applicant intake from 11am to 4pm on the upcoming dates:

TINIAN
Visits at the MLSC office in the PM Buildling are scheduled for the following dates:

Labels: Rota, Tinian
Newer Posts Older Posts Home
Subscribe to: Posts (Atom)
The information provided here is general and may not be applicable under all circumstances. I do not intend that anything stated here provides specific legal advice or establishes any kind of professional attorney/client relationship with the reader. If you have questions about your own situation, you should consult an attorney. Note: 9/3/2014 blog entry on changes regarding the purpose and use of this blog. Thanks.