What's Happening Again? Federalization and Aliens Living in the CNMI.

This year, the Immigration and Nationality Act (INA) will be replacing all CNMI laws and regulations that govern the admission and removal of aliens (except for local laws governing asylum protection, which will last through the transition period). As of now, the switchover is slated for June 1 but can be delayed for up to 180 days.

For aliens living in the CNMI solely based on a CNMI immigration permit, such status will end on the switchover date. Enforcement of the INA in the CNMI will be exclusively handled by the Department of Homeland Security (DHS).

In my last post, I used a recently-issued CNMI Immigration public service announcement as a departure point to outline the near-term effects of the switchover on aliens living here. I’ll now flesh out the outline a bit further, again based on the provisions under Pub. L. 110-229, Title VII, Sections 701 and 702.

Prohibition Against Removal from the CNMI
Aliens lawfully present in the CNMI solely on account of their CNMI status will be considered undocumented aliens beginning June 1 because, technically speaking, they have never been properly admitted into the U.S. This would seem a bit strange and unfair, as if the rug were being pulled from under their feet. Congress perhaps felt that way too and so expressly prohibited DHS from deporting them for the time being. In effect, DHS will honor valid CNMI permits for those aliens present here, at least until the permit expires or after 2 years passes from the effective date of the law, whichever happens first. This does not seem like much time but, at the very least, aliens who were legally present prior to the switchover date will not face an immediate threat of deportation. The window of protection may also provide additional time for these aliens to segue to the CNMI-only worker transition program or apply for the usual federal immigration opportunities (e.g., H visas) if they are eligible.

The Necessary Bureaucracy
The law provides for a registration system for aliens who formerly had CNMI status. This bureaucracy has not been set up yet. Presumably, the system will come with its own set of protocols, policies, forms, permits, procedures, etc., that will be used to track alien presence and provide some form of proof of lawful presence.

Segueing to the Segue
We’re all waiting with bated breath for the regulations that will define the transition program, especially with respect to who may qualify as a nonimmigrant worker under the program. Some aspects of the program are spelled out in the law. The transition period lasts through 2014 but may be extended indefinitely by the U.S. Dept. of Labor in increments of up to 5 years. Unlike the CNMI guest worker program, workers under the transition program will not have their status tied to one employer. The program, however, does not provide for admission to the rest of the United States.

The purpose of the program is also clear: to wean the CNMI from its guest worker program in a way that minimizes the inevitable economic disruption. Foreign workers not otherwise eligible for a federal visa or green card are expressly targeted under Pub. L. 110-229 for the transition program.

It does not take much thought to see that the primary candidates to assist in addressing the CNMI’s near-term labor needs are those already legally present here. At the same time, the federalization law is a solid reproach against the CNMI's self-imposed dependence on aliens from developing countries for its labor supply. We will see, hopefully very soon, how DHS will attempt to balance these concerns.
Posted by O. Calimbas at 1/30/2009 12:45:00 PM 4 comments:

What’s Happening Again? Federalization and Aliens Living in the CNMI.

Some confusion seems to be swirling around a recent CNMI Immigration public service announcement regarding documentation and status when June 1 arrives. Let’s first turn to the main source. The Jan. 20 PSA states that aliens will lose CNMI status if outside the CNMI after June 1. The PSA goes on to explain that CNMI-issued documents relating to admission or immigration status will not be recognized by the Dept. of Homeland Security (DHS) for purposes of entering the CNMI. The PSA apparently was based on DHS advice.

These pronouncements appear consistent with Public Law 110-229. When federalization goes into effect on June 1 (with a possible delay of up to 180 days), the Immigration and Nationality Act will replace CNMI immigration law (except for those relating to asylum protection, which will continue through the transition period). All local laws and regulations on the admission of aliens will end, and with it, any benefits or status conferred by those laws. For those aliens traveling outside the CNMI during the switchover date, CNMI-issued documents that would normally provide for admission to the CNMI will not be honored by DHS.

Therefore, in one sense, the PSA is inaccurate, because CNMI-conferred immigration status will end, wherever you are.

Of course, that’s not the end of the inquiry. What else will happen in the wake of the switchover that will affect the tens of thousands of aliens living here? Here’s a summary of what we know, which is taken from the only source of law on the matter, which is Section 702 of Pub. L. 110-229 (see also the GAO report , which has been around for a while but is still an excellent source):

• Aliens lawfully present in the CNMI on June 1 will be allowed to remain here for the duration of their permit or 2 years, whichever is shorter.

• DHS will most likely set up a registration system to track their presence.

• For these aliens, they may apply for the standard suite of federal immigration benefits, such as an H visa or family-based green card.

• For aliens who aren’t eligible for federal immigration benefits, the CNMI-only worker transition program might provide an opportunity for these aliens to continue to live and work in the CNMI for the next several years.

The critical picture that seems to form from this is the repositioning of CNMI permit holders to the federal transition program. As opposed to what conclusions people may be drawing from the recent PSA, it’s this segue that I suspect will define the situation of the majority of aliens living here under a CNMI work permit, due to the difficulties in qualifying for a federal visa.

Now Is the Time-Passports and Birth Records

Our CNMI immigration is scheduled to be federalized effective June 1, 2009.

Now is a good time to take care of establishing your U.S. citizenship under the Covenant. I'll be posting about the requirements for each category of U.S. citizen listed in Covenant section 301 in another installment.

But here I just want to remind people that birth records are needed for passport applications. And those records can present new, unexpected problems. 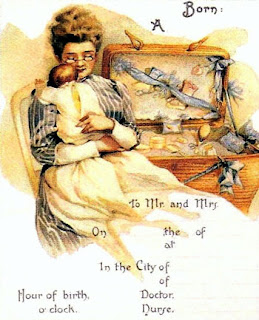 If you were born in the CNMI, there's a fair chance that the name on your birth record is different than the name you're using! If you were born in Chuuk, the probability of this occuring is even greater. We see this problem all of the time--people using the names given on their baptismal records, when their official birth records have a very different name. People use names on school records and employment records, even on their marriage records, driver's licenses, and birth records of their children--using the name they've "always" used--only to find out when they get a copy of their birth certificate that they were given a different name at birth.

Birth records can be corrected or changed, but the process takes a little bit of time (from 1 to 3 months, on average). So NOW IS THE TIME to get a copy of your birth record. Check it out.

We have an opening for a staff attorney at the Marianas Office.

We are looking for an attorney with at least 2 years of experience in law or in the CNMI; excellent writing skills; reliable and current references; and a demonstrated interest in advocacy for the poor.

Labels: domestic cases schedule, open for domestic cases
Newer Posts Older Posts Home
Subscribe to: Posts (Atom)
The information provided here is general and may not be applicable under all circumstances. I do not intend that anything stated here provides specific legal advice or establishes any kind of professional attorney/client relationship with the reader. If you have questions about your own situation, you should consult an attorney. Note: 9/3/2014 blog entry on changes regarding the purpose and use of this blog. Thanks.