In the news this week was a report that the CNMI Governor, on behalf of the CNMI, sued the United States of America to stop federalization of immigration here. The lawsuit was filed on Friday, September 12, 2008 and assigned to Judge Paul L. Friedman.

The lawsuit alleges that the new federalization law, P.L. 110-229, goes beyond implementing a federal system of immigration and instead imposes a federal labor scheme on the CNMI, in violation of several laws.

The first count alleges that P.L. 110-229 violates the right of the CNMI to local self-government of internal affairs, as guaranteed by the Covenant, section 102. The U.S. may not over-ride the CNMI's local self-government of internal affairs unless the CNMI consents. (Covenant, section 105). The complaint alleges that implementation of the new system interferes with the CNMI's regulation of internal labor and economic affairs, and will cause economic harm that violates the U.S.'s guarantee to assist the CNMI in becoming part of the American economic community and able to meet its financial responsibilities of self-government.

The complaint asks the U.S. District Court for the District of Columbia to enter a permanent injunction prohibiting implementation and enforcement of P.L. 110-229.

It's always risky to predict what will happen in litigation. CNMI Senator Maria Pangelinan was reported as saying that a stipulated settlement / consent decree declaring parts of the law inapplicable in the CNMI could be entered into. However, the same article reports that a spokesman for the U.S. Senate Committee on Energy and Natural Resource believes the law will be upheld.

On the merits of the claim of the first count: it's difficult to see how "local self-government of internal affairs" can be stretched to encompass employment of foreign nationals. The extension of U.S. immigration here was expressly envisioned by the Covenant--and is expressly allowed. U.S. immigration, where ever it applies, effects the availability of foreign workers for certain job categories. It seems that the U.S., by extending U.S. immigration here, is specifically trying to bring the CNMI closer into the U.S. American economic community.

On the merits of the claim of the second count: the Covenant implicitly acknowledged that U.S. citizens living in the CNMI would not have a vote in U.S. Congressional elections. The Covenant designed our participation in the political processes of the U.S.: a resident representative; and 902 talks between governments. The claim that the political procedure used by the U.S. Congress to enact P.L. 110-229 violates the U.S. Constitution is really a claim that our Covenant violates the U.S. Constitution. This seems a very risky tact to take, but also one not likely to succeed.

Right now, P.L. 110-229 is scheduled to go into effect in the CNMI on June 1, 2009. The most likely effect of the lawsuit, unfortunately, will be a delay in the CNMI's cooperation with the U.S. in formulating regulations that must be in place in order for the law to be implemented on time. Undoubtedly, Governor Fitial will use this excuse to seek a delay in the start of federalization. The alternative, which even the U.S. doesn't want, would be the implementation of federalization without CNMI government input.

Although the complaint alleges that the federalization of immigration will cause uncertainty for our foreign investors and our populace in the CNMI, this lawsuit will only add to that uncertainty.
Posted by Jane at 9/17/2008 04:53:00 PM 2 comments:

21. Examining the Law about the Proposed Marianas Trench Marine Monument

One of the current issues of interest in the CNMI relates to the possibility of a new national marine monument. Presently under consideration by the President of the United States is a proposal to designate the Exclusive Economic Zone (EEZ) around the three CNMI islands of Uracas (a/k/a Farallon de Pajaros), Maug, and Asuncion as a national marine monument.

Here is some information about the law that relates to this issue.

The CNMI CONSTITUTION, Article XIV: The CNMI Constitution requires strong protection for the environment. It specifically provides that the three northernmost islands of Uracas (a/k/a Farallon de Pajaros), Maug, and Asuncion be protected and maintained as uninhabited islands, to preserve the natural environment there.

Section 2: Uninhabited Islands. ... The islands of Maug, Uracas, Asuncion, ... and other islands specified by law shall be maintained as uninhabited places and used only for the preservation and protection of natural resources, including but not limited to bird, wildlife and plant species.

The CNMI Constitutional protection, however, does not extend to the waters and submerged lands around these islands. 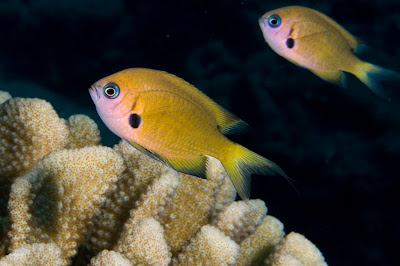 In essence this means that the U.S. controls all of the submerged lands in the Exclusive Economic Zone around the CNMI, from the high water mark on each island out to 200 miles.


The ANTIQUITIES ACT of 1906: This federal law allows the President of the U.S. to designate

historic landmarks, historic and prehistoric structures, and other objects of historic or scientific interest that are situated upon the lands owned or controlled by the Government of the United States to be national monuments...

Any site under U.S. federal control that has historic, cultural, or scientific significance can be designated a "monument" and that designation provides protection from excavation, injury, and destruction. Removal of antiquities can only be done by permit, and must be collected in a reputable museum or educational institution.

The Antiquities Act has been used more than 100 times by Presidents to designate monuments. Although the Antiquities Act speaks of "land," it apparently applies to submerged lands and the waters above them: the most recent designation was the creation of the monument in the northwestern Hawaiian Islands-- the Papahanaumokuakea Monument.

Because the land must already be owned or controlled by the U.S. the Antiquities Act does not require approval or consent from inhabitants of the state or territory where the monument is located. However, it has been the practice that the President examines whether there is local support for the designation of a monument; this is what President Bush did before designation a monument in the northwestern Hawaiian Islands.

There have been no public hearings and there will be no vote on the proposal for a Marianas Trench national marine monument. The only way for the President to gauge public sentiment is through public comment, either in the newspapers and other media, or through letters and e-mails to the White House. 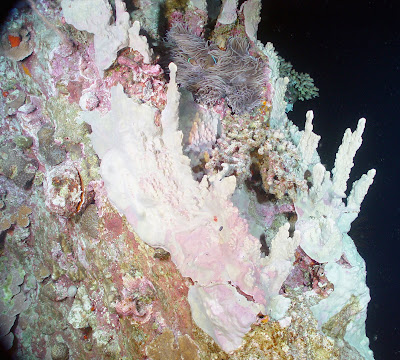 If you want to be heard on the issue, you can sign a petition in favor of the monument (contact Angelo Villagomez). Or you can sign a petition against the monument. You can also write a letter to either or both CNMI Newspapers, the Marianas Variety and the Saipan Tribune. Or you can write directly to President George W. Bush at The White House, 1600 Pennsylvania Ave, Washington, D.C. 20500, or send an e-mail to comments@whitehouse.gov (text format only).

TIMEFRAME: There is no law that limits or defines the time frame for comments or for designation of the Marianas Trench national marine monument. It appears, however, that this is a proposal of the Bush Administration staff, and there is no indication that the proposal would be taken up by either candidate for President (McCain or Obama) in the next administration.

Rules and Regulations: It appears that if a Monument is designated, then rules and regulations are adopted. These would likely require co-management of the national marine monument, between the CNMI and the U.S., as was done in the Hawaii monument. It appears that co-management agreements are negotiated between the governments, but not subject to any particular process.

We could likely expect to see rules and regulations published in the Federal Register (and then the Code of Federal Regulations). The regulations for the Papahanaumokuakea Monument suggest that there would not likely be a comment period, except for certain limited topics; EDIT--the recent information from University of Hawaii, William S. Richardson School of Law Professor Jon Van Dyke indicates that there is a short time period (75 days in the case of the Hawaiian monument) for public input after the President's designation.

The designation of monument status guarantees the most conservation protection available under law, and that protection is then further detailed in the regulations, worked out by the co-managers with public involvement.
Posted by Jane at 9/13/2008 08:38:00 PM 1 comment:

Labels: Marianas Trench Marine Monument, National Marine Monument
Newer Posts Older Posts Home
Subscribe to: Posts (Atom)
The information provided here is general and may not be applicable under all circumstances. I do not intend that anything stated here provides specific legal advice or establishes any kind of professional attorney/client relationship with the reader. If you have questions about your own situation, you should consult an attorney. Note: 9/3/2014 blog entry on changes regarding the purpose and use of this blog. Thanks.